Continuing last week’s posts about spring’s arrival at Stavsund, I took my camera with me while I went about some errands on Ekerö. This involved stopping by C’s other house and saying hi to gift son Marcus. I took a few photos of Felicia before stopping on the way back to Stavsunds to search for a rune stone, which I found out can be used to cure a toothache. Then I said hi to some lambs, one who reminded me of Leonardo DiCaprio.

Felicia with the Big Blue Eyes

This is Felicia. We just found out she is probably about 17 years old.

Felicia lives at the kid’s house. She has the most amazing big blue eyes but she would not open them for me! Her first owner had her eyes tattooed to his chest they are that amazing.

Searching for a Rune Stone to Cure a Tooth Ache

The fields of Nibbla Gård area.

On the way home everyday I pass this sign. I finally stopped today to explore.

NOT a rune stone.

No rune stones here either.

On the way back to the car I saw this notice nailed to the tree. It says “Antiquity. Protected by law”

After some research, I think I found out why I could not find the stone. A Wikipedia page says:

This runestone was located in Nibble on the island of Ekerö, but it has disappeared.

There is a drawing of U16 and it further indicates that:

In scholarly literature it was first described by Johannes Bureus (1568–1652), and it was depicted by Leitz in 1678. Johan Hadorph noted in 1680 that the name of the deceased in the inscription had been bitten off by locals who believed that doing so would help against tooth ache.

I guess they did not stop with the corner…

Lambs on Stavsund are on Top of the World

Back at Stavsund I went to visit the lambs

Look mom! I am king of the barn!

That’s nice dear. Now come on down before you hurt yourself. Baaa ram ewe

One thought on “Spring into Ekerö: Rune stones and Lambs” 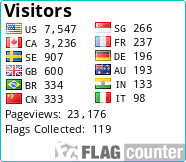